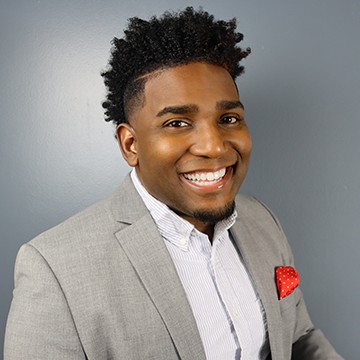 Fort Worth, Texas (December 2, 2022) – The YMCA of Metropolitan Fort Worth welcomes Kevin Ervin as the organization’s first Chief Innovation and Operations Officer.

“Our organization has an aggressive 2025 vision. To accomplish these goals, required a fresh approach– including adjusting the title and responsibility of the traditional COO role to encompass more than operations, but to approach our strategic direction innovatively and collaboratively,” explained Mike Brown, CEO of The YMCA of Metropolitan Fort Worth. “We found that unique mix of talent, drive and creativity in Kevin Ervin.”

Ervin is currently located in Brooklyn, New York and has dedicated his life to level the playing field for under-resourced, under-served communities. He will join the organization on December 12 working remotely until the new year when he will relocate to Texas.

“Joining the YMCA means being able to impact communities on a scale folks in my industry only dream of, being able to stand on the shoulders of community builders, champions of change, and those who’ve always had a penchant for progress, and continue to carry that torch,” shared Ervin of his new role.

Kevin’s calling to be of service grew out of summers at Camp Vacamas where he also expanded his appreciation of cultural exploration. Attending the Hotchkiss School, he combined his musical talents and leadership skills to unite an entire school around hope and peace during 9/11.

Following graduation, he uncovered his passion for working with young people. Seeing a community need for safe and enriching afterschool programming in his community, he raised $135k in one month to start the GLOW after-school initiative and over time, grew the program to serve students from 16 schools in 3 independently operated locations. For these efforts, he was awarded leadership fellowships by the Center for Creative Leadership and Rutgers Institute of Ethical leadership.

He continued to apply his skills in both operational and program design through youth development at the Renaissance Youth Center where he grew the afterschool and teen programming earning over $2 million in funding to expand the work. He later served in operations and administrative roles at the Satellite Academy High School, a part of the New York City Department of Public Education. Later, he led Change for Kids through the pandemic, helping both the organization and the communities thrive despite tumultuous times.

“Coming into the role of Chief Innovation & Operations officer: first and foremost, I bring innovative thought and maverick behaviors – doing what hasn’t been done in order to get what we’ve never had. Undergirding those skills is my ability to operationalize ideas to get the job done. Our duty is to the community and they deserve to be given the best version of the Y anyone has ever seen,” he added.

Kevin holds a Bachelor of Science in Leadership from Northeastern University, an Executive Master in Public Administration from New York University, and a newly minted Master in Creative Media & Technology from Berklee College of Music.

About the YMCA of Metropolitan Fort Worth

The YMCA of Metropolitan Fort Worth is a nonprofit organization whose mission is to put Christian principles into practice through programs, services and relationships that build healthy spirit, mind and body for all. The organization seeks to transform lives by ensuring that everyone has an opportunity to grow and thrive, regardless of age, income or background. Established in 1890, when Fort Worth was just a frontier town, the YMCA now directly serves Tarrant, Johnson and Hood counties and impacts more than 100,000 residents each year, through 10 dedicated facilities, more than 50 program locations and numerous programs and services across the region. The YMCA is focused on strategic priorities in youth development, healthy living and social responsibility. Programs and services are available at YMCA locations in Bedford, Benbrook, Fort Worth, Granbury and Joshua. Facilities include community centers as well as a sports complex and a 360-acre camp along the banks of the Trinity River. For more information, visit YMCAFW.org.