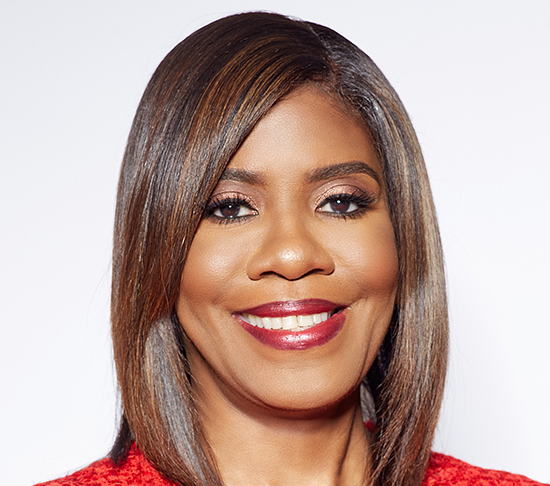 Just days after being elected the first African American woman to head the American Medical Association (AMA), Dr. Patrice A. Harris made Fort Worth her first stop when she spoke at the 39th Annual Luncheon of the Fort Worth Metropolitan Black Chamber of Commerce.

Speaking to a cross-section of Fort Worth political, business and civic leaders, including Mayor Betsy Price and School Supt. Kent Scribner, Dr. Harris spoke eloquently about the healthcare challenges facing the nation and the Fort Worth/Tarrant County community in particular.

Dr. Harris, a psychiatrist from Atlanta, was installed as the new president of the AMA on June 11, and she came to Fort Worth on June 15 to speak on the topic, “Physicians and the Business Community: Partners in Solving Health Care Challenges.”

Well acquainted with health disparities between the majority and minority communities, she expressed concerns about the issues identified in the Fort Worth Task Force on Race and Culture report, those recently identified health concerns that have plagued the
city’s 76104 Zip Code (which has the shortest life expectancy in Texas), and she commended the goals of the new medical school that opened in Fort Worth this year.

In addition to being a private practicing physicians, Dr. Harris’ resume includes being a public health administrator, patient advocate and medical society lobbyist. She has served on the board of the American Psychiatric Association (APA) and as a member of the governing council of the AMA Women Physicians Congress.

“Governing themes in Dr. Harris’ professional life are a passion to improve the lives of children and service to others,” according to her official biography. “Starting with medical school at West Virginia University, followed by a psychiatry residency and child psychiatry and forensics fellowship at Emory, and then as the Barton senior policy fellow at the Emory University School of Law, she has worked for children both clinically and in the advocacy arena.”

She has addressed public policy for abused and neglected children before the Georgia Legislature and in public education programs, and she has given invited lectures and presentations on children’s mental health, childhood trauma, integration of health services, health equity and the intersection of athletics and health.

Dr. Harris, who is an adjunct assistant professor in the Emory Department of Psychiatry and Behavioral Sciences, made it a point to mention during her Fort Worth visit that her alma mater (West Virginia) was a chief rival of the TCU Horned Frogs. Because of that, there are those who want her to return to Cowtown when the West Virginia football team plays TCU at its last home game in November.

“She would be welcomed back to Fort Worth to show our appreciation for her, to continue the rivalry with her university and TCU, but also to continue the discussion she started about healthcare disparities in our community,” said Devoyd Jennings, president and CEO of the Fort Worth Metropolitan Black Chamber of Commerce.

Dr. Harris’ credentials, track record of community service and dedication to her profession show just what a historic figure she is for women, the African American community and the medical profession.