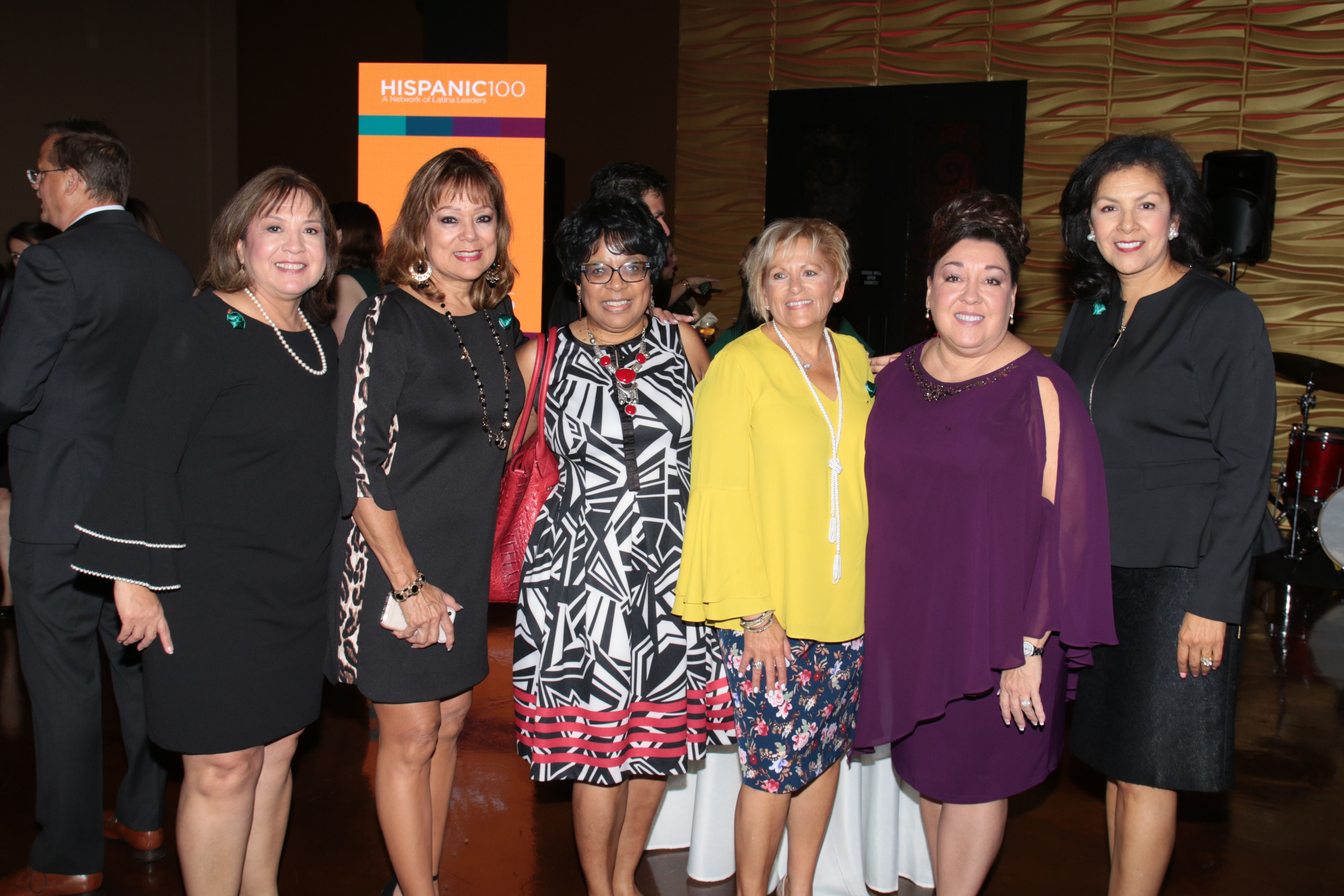 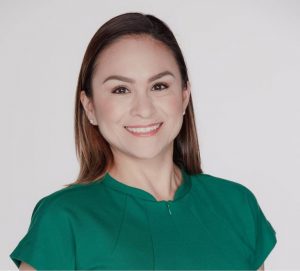 Consider former Mesquite High School student Emily Mancha’s motivational story to get a clear understanding of the impact the Hispanic 100 nonprofit organization has had on North Texas area Latinas.

Mancha had the opportunity to get a glimpse of her future and help rewrite her family’s legacy by taking part in Mesquite High School’s Escalera STEM program, which supports Hispanic youth to pursue careers in science, technology, engineering and mathematics.

Through Hispanic 100 grant money in 2017, via Dallas nonprofit The Concilio, the Escalera STEM program was able to take a field trip to Texas A&M University-Commerce. Students and their families toured the campus and met with professors and administrators, inspiring them to know that college was within their reach.

“Escalera STEM has helped me by opening new doors,” Mancha said. “This program has helped me by motivating me more. I’ve talked about financial aid and internships to help get me where I need to be. It has helped me also by focusing on pursuing a career and becoming someone.”

The Hispanic 100 – also known as H100 – has empowered and impacted Latinas in North Texas for more than 20 years now. The nonprofit organization started as the Hispanic 50 in 1996, when, according to its website, local Latina leaders Delia Reyes, Bertha Outler and Patricia Asip recognized the need for Hispanic women leaders in the Dallas area to unite and advance Latina participation in the areas of employment, procurement and social issues.

In 2003, the organization changed its name to the Hispanic 100 as membership grew. H100 started 2019 with 74 members but has since grown to 96 and expects to soon top 100 for the first time ever. H100 is a network of area Latina leaders who support each other and is committed to impacting future Latina generations.

H100 president Lucinda Rocha, who has been a part of the organization for 12 years now, said group members often celebrate each other’s successes and lean on each other for support during challenging times.

“They get me from a cultural perspective,” Rocha said. “That’s the key for me. For me, it was a matter of finding a network of other working women who happened to be Hispanic, to find mentors for myself, or be a mentor to others coming in and to realize that I’m not the only one going through similar challenges or opportunities.”

Rocha has spent her career working in the financial sector, primarily in a consulting role. She works in Dallas as the vice president and senior principal relationship manager for Fidelity National Informational Services, Inc., developing partnerships for $1 billion-plus financial institutions to help design and execute payment strategies.

Rocha has led a transformational year for H100. Not only has she helped the organization achieve record membership, but she’s also played a part in moving H100’s endowment fund to become a partner with Dallas-based Texas Women’s Foundation.

This helped pave the way for H100 to secure a record $100,000 in funding this year to give to North Texas nonprofit organizations to help Latinas.

In previous years, H100 would provide grant money to roughly four to six local nonprofits, Rocha said, often ranging from $1,500 to $2,500. This year, H100 expects to double the number of nonprofits it can help with much larger grants, Rocha said. The $100,000 secured this year was funded, in part, by donations from individuals and corporations.

“We saw the welcome-ness from the community that wanted to participate in a Hispanic Giving Circle,” Rocha said. “That helped us set a foot in the right direction and the pace to help us see that philanthropy was alive and well in the Hispanic community. We were pretty excited to see that.”

Rocha said H100 was also thrilled to see the success of its annual fundraising gala Oct. 10 in North Dallas, where it honored Lupita Colmenero with the 2019 Latina Living Legend Award and Rebecca Acuña with its inaugural Emerging Latina Leader Award.

Colmenero is the co-founder and publisher of El Hispano News, the oldest Spanish language newspaper in North Texas, as well as the executive vice president of LATINA Style Inc., the first national magazine dedicated to the needs of Latina professionals. Acuña is a director of government affairs for PepsiCo.

Rosero said a record 340 people attended the fundraiser, including 18 corporations represented  The funds raised will fund both the endowment and organization programs to help support next year’s grant cycle. The event begins with a networking reception and is followed by a cocktail dinner and program.

Rosero has been a part of H100 for four years and said it’s helped her in many ways.

“The benefits are tremendous having a network of highly accomplished Latinas around you that you can reach out to for advice, knowledge, connections and support,” Rosero said. “It’s incredibly powerful. Several of these women are highly respected subject matter experts in different areas. I can’t think of any time where I’ve reached out and not received great advice or made the connections I needed to make. On the other hand, it has allowed me to give back to the community and to have an influence on others.”

To become an H100 member you must be nominated through an application process and then approved by a majority vote. The H100 board of directors evaluate each application and then the applicant is presented to the membership for a final vote.

Many H100 members receive multiple invitations each year to become a board member of an organization or corporation. Other times, they’re asked to recommend a person for a board position.

But Rocha and Rosero say a big gap in Hispanic representation – especially a lack of Latinas – still exists on many private and public boards in North Texas.

Jorge Baldor, who grew up in Oak Cliff and in 2015 started the Dallas-based Latino Center for Leadership Development, recently told The Dallas Morning News that Dallas boards have only about 3-5 percent Latino representation. And that’s strikingly low considering that in 2010 Dallas County was 42 percent Hispanic or Latino.

“There hasn’t been enough of a shift in helping Latinas close the gap, whether it be advancing Latinas in the corporate world or having Latinas sit on corporate boards,” Rocha said. “It applies to both men and women, but the difference for Latinas is greater than men.”

Rocha said Dallas-Fort Worth has “a lot of heavy hitters” when it comes to impactful Latina leaders. She said Latinas have a lot to offer as key board members.

“It’s bringing the different perspective that we have,” Rocha said. “It’s just the diverse thinking women can bring to the board room. It’s helping mobilize stakeholders and getting them to not just look at things differently, but get them involved differently as well. “There are so many campaigns throughout the U.S. to get women on boards, but I think it’s critical for corporations to begin doing so. It gives a better form of governance to have the diversity on a board that women can bring. It adds more thought leadership to some areas. The more diverse minds you have can help ensure you take a 360 approach to the changes and the influence a corporation or organization wants to make in the community. When you have that type of diversifying and thinking at the board level, it’s evident based on what is being delivered, whether in products or services or within the community itself.”

Rosero said part of the reason H100 exists is to increase leadership numbers for Latinas.

“We are building a culture of inclusiveness,” Rosero said. “A lot of times we hear, ‘We can’t really find the people to participate.’ The reason for us to be here is, ‘Here we are! You have a huge list to pick from! Look no farther!’

“Our members easily participate in more than 100 boards, including local, regional and nationwide organizations. We all understand our social responsibility and we choose those that are more important to us. Whenever we can fill a position, we have this powerful network available.”

Brandon George is a freelance writer based in Arlington, Texas. He’s currently the Digital Marketing Editor for Thrive Internet Marketing Agency. Previously, he spent 22 years working professionally at newspapers. He has worked as a senior writer for The Dallas Morning News for the last 18 years, including the past eight covering the Dallas Cowboys. 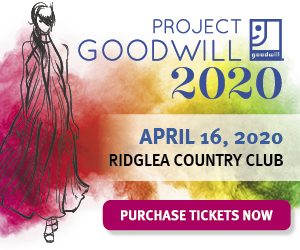