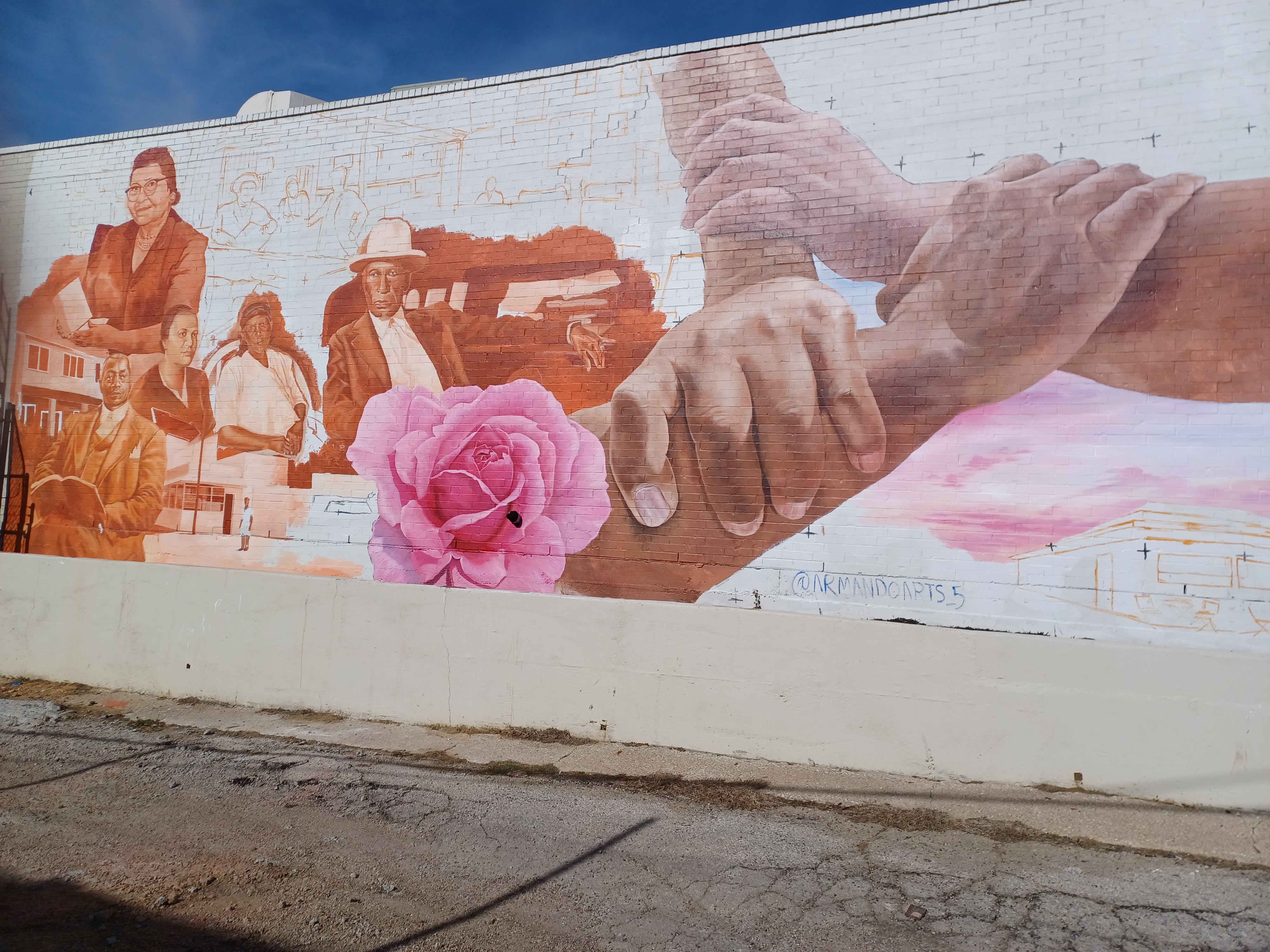 The past and present come together in the form of a large outdoor mural honoring important Black businesses and entrepreneurial leaders who have contributed greatly to the economic development of Fort Worth and Tarrant County.

CommUnity Frontline, with special thanks for community support, commissioned artist Armando Castelan to add the landscape and legacy of Fort Worth’s east side with a one-of-a-kind work of art, history and appreciation.

The artwork will cover the entire outside wall of the CommUnity Frontline building which houses the non-profit organization and three other Black-owned businesses (Franklin & Anthony Custom Clothing, DFW Beauty Studio and DIG Contracting) on the city’s eastside at 2800 Yeager St.

CommUnity Frontline, founded in 2016 following a violent summer that included the deaths of several unarmed black men by law enforcement and the killing of five Dallas police officers, was formed to initiate a long-term commitment to racial justice and healing.

“The vision of CommUnity Frontline’s business mural is to highlight the impact Black Businesses have had, are having and will have on the City of Fort Worth,” said Dante Williams, president and one of the founders of the organization.

He added, “In addition, it will show the importance of embracing each other across generations with the past, present and future (we need each other). This will also serve as a beacon to the city, the community and every black entrepreneur that we are here, have been here and we aren’t going anywhere.”

Individuals depicted on the wall include: William “Gooseneck” McDonald, founder and president of the Fraternal Bank and Trust; Joseph Breedlove, who made his mark in the construction industry; Amanda Davis, the first Black person to buy property (in 1886) in what is now Stop Six; Dr. Marie “Doc” Holliday, a dentist with three businesses in Sundance Square; Dr. R. A. Ransom, physician and owner of Ethel Ransom Memorial Hospital, named for his late wife (also pictured); Lucille B. Smith, a caterer and developer of the commercially successful “Lucille’s All Purpose Hot Roll Mix; and Dennis Duncan, accomplished administrator in the Fort Worth ISD who is also known for conducting tours to historically black colleges in the U.S.

Williams said he would like the building’s business mural to be a destination point on the eastside – a place for people (young and old) to come and contemplate the history of Black businesses in Fort Worth. One school group already has come by to see the work in progress, he said.