Navid Alband – A life in balance

Navid Alband – A life in balance 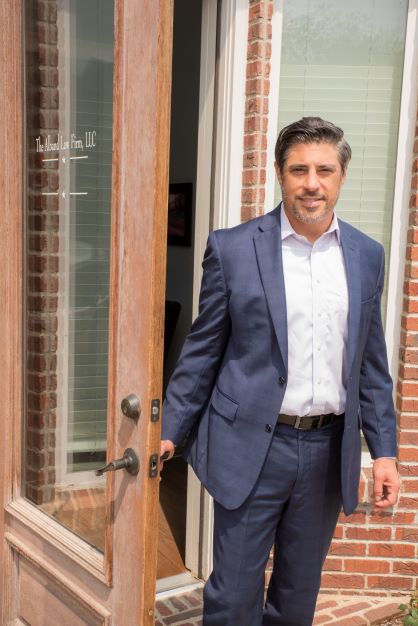 When Navid Alband came to America in 1984, his parents were clear in their goals for him and his older sister – to build a better life for them. Their legacy was about creating opportunities for their children to have the future they envisioned for themselves.

The same could be said for Alband, managing partner at Alband, Lane & Balderrama Law Firm, one of Fort Worth’s most respected criminal defense and immigration law firms. Together with his partners, Javier Balderrama and Bill Lane, Alband creates opportunities for his clients to achieve outcomes that positively affect their future.

“During law school at the University of Texas at Austin (UT), I interned with large law firms because that’s what I thought I wanted to do.  I soon found out that I was bored and needed to find my passion in law,” says Alband. After completing internships in Houston and Los Angeles, he interned for the Texas District and County Attorney’s Association (TDCAA), a nonprofit organization dedicated to helping prosecutors around the State.  There, he helped assist prosecutors with legal support and education, becoming fascinated with topics like criminal law. For him, it was a natural progression to his future career as a prosecutor and ultimately, a criminal defense attorney.

While working at TDCAA in his third year of law school, the office received what was perceived to be an ominous letter written in an unknown language from an inmate at a local prison. The director of the prosecutor’s office asked Alband to find a resource to help translate the letter. Unbeknownst to the staff, the letter was written in Elvish, the language featured in the Lord of Rings trilogy – which Alband had recently seen. His ability to decipher the letter impressed his director, and led to a feature in the monthly newsletter and a recommendation that ultimately got him hired at the Tarrant County Prosecutor’s office.

His experience as a prosecutor gave him a different perspective of the criminal justice system. “I realized there are so many parts that play into prosecuting and defending a case. We often see people and situations as black and white, good and bad. But, I wanted to help others see that people are human with experiences and backgrounds that drive them to action,” said Alband. “I’m passionate about bringing out the entire picture of an individual, answering the question, ‘What led to that one day of action?’ If I can’t identify with the client as a human being, I know I’m not the right lawyer for the case.”

“I think one of the biggest things I’ve learned as a lawyer and as a person, is that we can’t be so quick to judge.  If you look at any sacred text – we are encouraged to not judge others. We tend to categorize our differences instead of accepting the fact that we are all a product of our upbringing, good and bad. So, there’s a principal across all religions, do unto others as you want them to do unto you, that I think we should embrace. It’s about extending grace to others,” said Alband.

A graduate of UT, his undergraduate in psychology also strongly influenced his decision to become a criminal defense attorney. “I find human behavior fascinating — learning what makes people tick. So, that makes me look at what influenced a person’s behavior and apply that as I seek justice for my clients. For me, it’s about being in their corner, making sure they receive a fair trial because that’s the right thing to do.  It’s very satisfying to know that you are the only thing that stands between you and the power of the State.  It’s even more satisfying to establish your client’s innocence or to hear the words, ‘Not Guilty!’”

Alband’s dedication to his clients has earned him recognition as one of The National Trial Lawyers Top 100 Trial Lawyers, and he is a previous recipient of The National Trial Lawyers Top 40 Under 40 Award.  He’s also been honored as a fellow of the Texas Bar Foundation, where the membership is composed of the most elite Texas attorneys. The Foundation’s members are nominated because of their dedication to the administration of justice and high professional standing among their peers.

Alband’s background and education are the foundation of why he is a successful criminal defense attorney. Raised by first generation immigrants, he learned the concept of right and wrong from an early age. “My father was a judicial assistant in Iran and we consistently talked about justice and fairness, which was rare in Iran because of the corruption happening at that time. So, those values are ingrained in me.”

As a parent, Alband wants to leave a legacy of similar values to his own children. But, his professional success gives his children more choices about their own life path. “My parents made huge sacrifices to provide us with opportunities for a better life, so the expectation was to get a good education and provide for your family. It wasn’t about doing what you love, but about doing what gets you a level of income to be satisfied with life. Their expectations enabled me to create a life that allows my children more freedom to pursue their passions in life and in their careers. My goal is to instill the values of hard work and justice that my parents passed down to me and to create an environment where I exemplify love, honesty and integrity. And yes, I want them to love what they do.”

Alband has found that love both professionally and personally. “I think when you’re happy and well-adjusted, different aspects of your life tend to be buoyed. So, I’m a man of many interests which helps me live a balanced life and definitely contributes to me being an effective lawyer.” In his free time, Alband can most often be found with his wife and children or pursuing one of his many passions, which include racing cars or playing soccer. But his passion for fly fishing is what he envisions for his future. “Retirement? I think it’s practicing law part time in some coastal town or in the Hill Country and teaching fly fishing. Yes, I think that’s how I’d like to spend the rest of my days.” 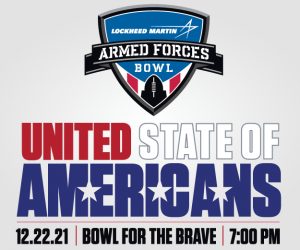 Foundation for the Young Women’s Leadership Academy of…