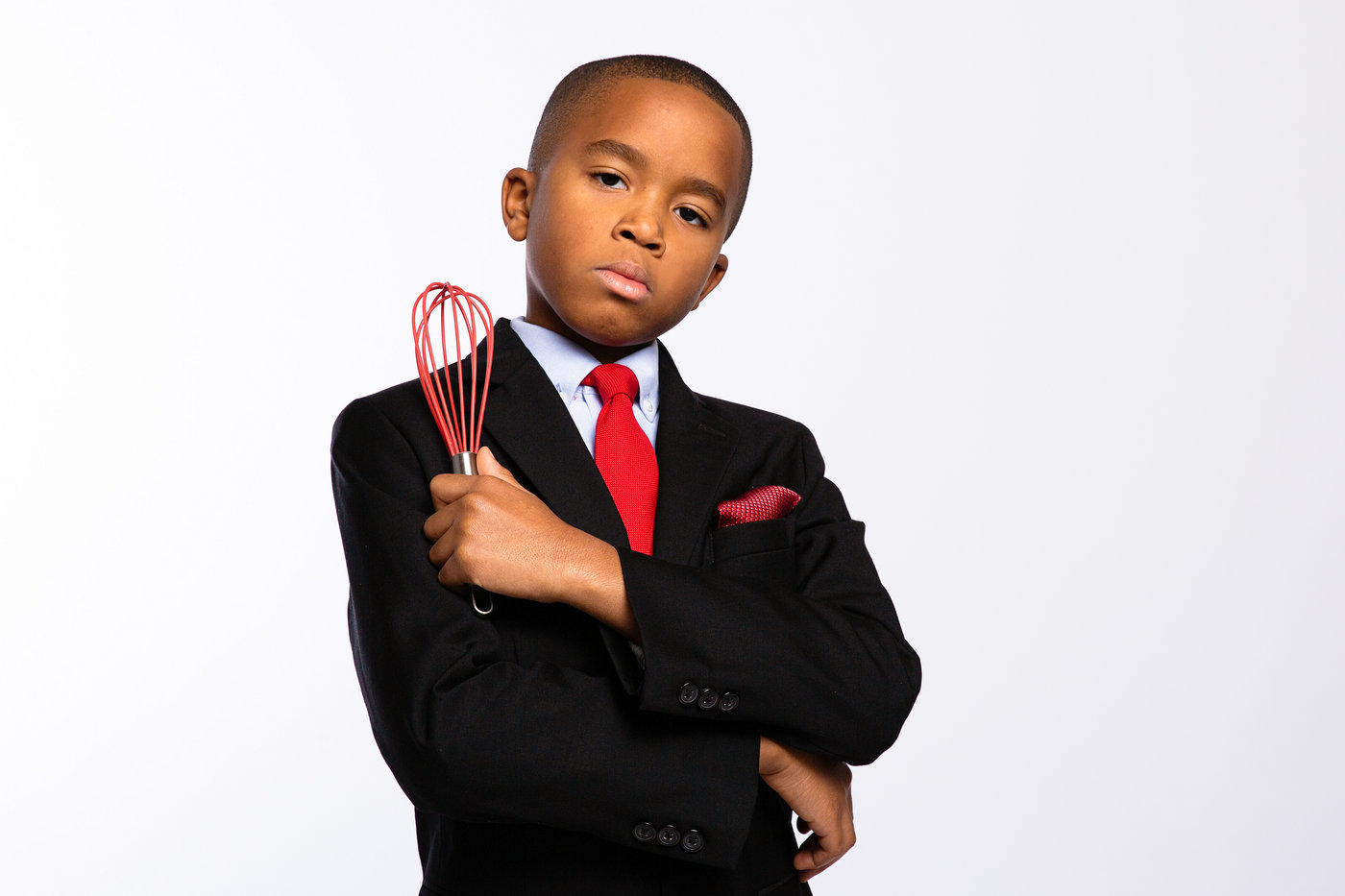 Julian Frederick is a young force to be reckoned with. He is a kid chef and an entrepreneur with the same desire to be a kid as other 12-year-olds, but with the understanding that sometimes business has to come first.

Frederick has been cooking since age 3, using a step stool to cook alongside his mother. By age 7, he and his mother, Toria Frederick, were cooking together
and posting their video experiences to a blog when one day someone asked him how much money he was making. The lightbulb went off in his brain and he let his mother know he wanted to turn what they were already doing into a business. Born from his early step stool experiences, Step Stool Chef was launched when Frederick was 8 and he hasn’t looked back. He is now a chef, speaker, cooking instructor, author and CEO
of his company. His mother serves as COO, managing daily operations, ensuring inventory of merchandise is adequate, and forming relationships to help bring
Frederick’s business to light.

His academy for kid chefs was born from his desire to teach other kids the life-skill of cooking as well as his desire to empower them to be independent leaders beginning in their formative years. With the trend of more people wanting to eat healthier meals and
doing more cooking at home, his business has benefitted. Frederick has partnered with SideChef and created short videos and provided recipes that teach basic cooking skills to kids. Available through SideChef Premium, this service allows Frederick to help merge kid cooking, education and technology. The classes integrate math, science and reading into an overall cooking experience that is useful in providing meals but is also entertaining for kids. SideChef Premium has partnered with Walmart and AmazonFresh
to be able to have fresh products delivered straight to the home and gives families the opportunity to cook together and teach children not only how to cook, but assist them in being more independent, a win/win for everyone. The SideChef Premium recipes by Frederick are available for a monthly subscription. In addition to SideChef, Frederick also has partnered with other corporations, including Johnsonville, King’s Hawaiian,
Chuck E Cheese, Taste of Dallas, Indianapolis Public Library, Chop Chop magazine, Whole Foods and Baylor Hospital just to name a few. One of Frederick’s other revenue streams is merchandising. He has a line of aprons, t-shirts and kids cooking utensils with more to come. He has also authored Step Stool Chef Cookbook for Kids which is available at www.stepstoolchef.com.

Frederick has been across the country speaking as an entrepreneur and teaching cooking classes. In 2019, he served as the kid spokesperson for the CEOKID
Leadership Conference at Emory University to inspire kids to start or grow their own businesses. In addition to SideChef, his brand growth is also attributable to his social media presence. Frederick can be seen on YouTube, Facebook and Instagram. He films videos a few times a week then he and his mother work together with their social media team to determine scheduling. His mother monitors the activity on his social media (it isn’t something he wants to do) and when she sometimes laments the numbers, he reminds her, “A watched pot never boils, Mom.”

To read Julian’s full story, click on the cover of the December 2020 issue!