It Chose Me – Monica Martin

It Chose Me – Monica Martin 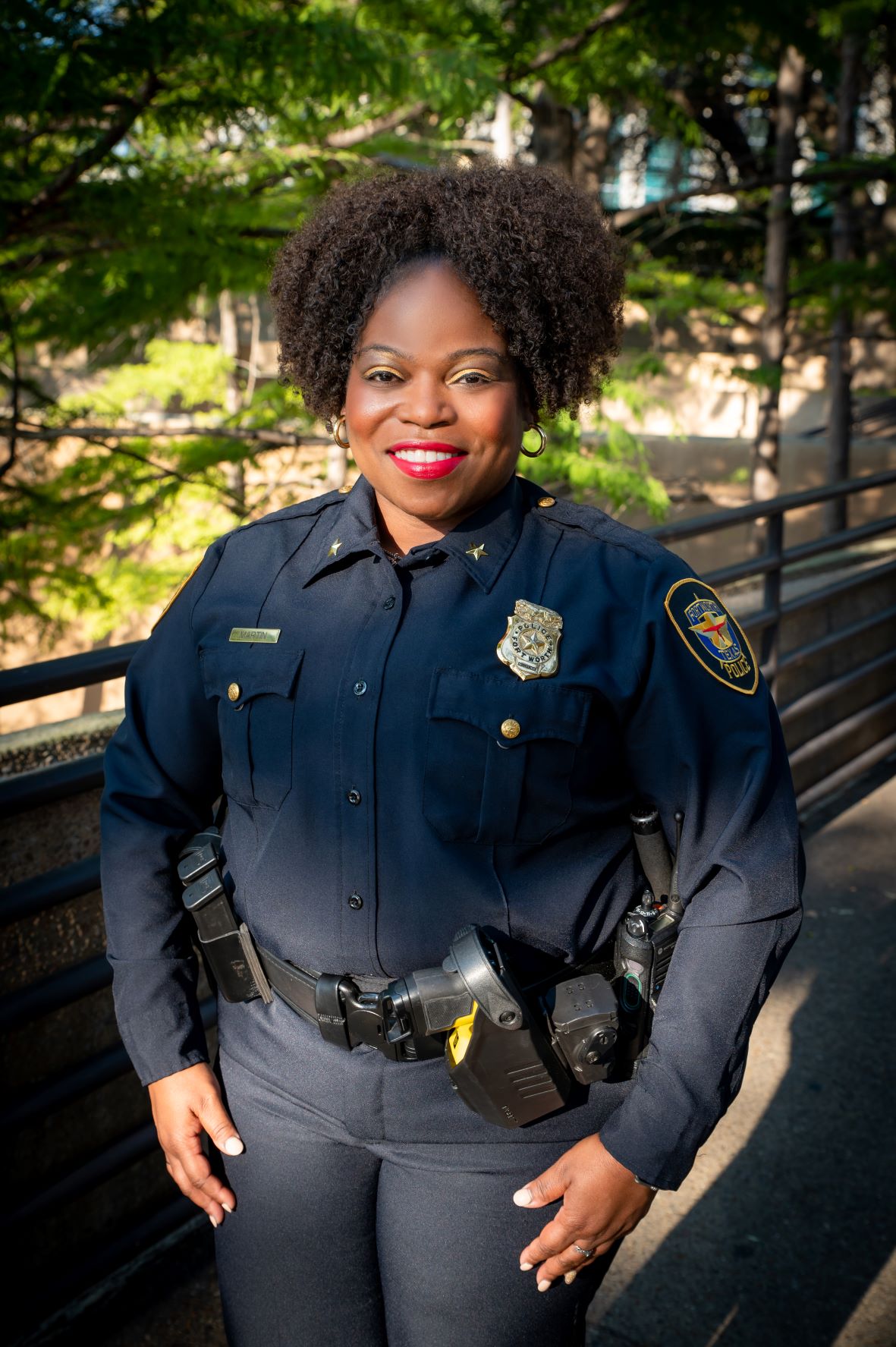 Commander Monica Martin of the Fort Worth Police Department (FWPD) did not set out to be a police officer. In fact, she worked as a property manager prior to making the career change. She wasn’t quite sure law enforcement was something she would fall in love with, but 17 years later, she’s still serving and protecting and she does in fact love it.

Commander Martin has a bachelor’s degree and is currently working on obtaining her master’s from TCU. Selected by Chief Neil Noakes Lt. Monica Martin was appointed to serve as Commander of the East Division. This selection is one for the history books because she is the first Black female police officer appointed to the executive staff of the Fort Worth Police Department.

Commander Martin has worked in multiple areas of the department, including Patrol, Backgrounds, Internal Affairs, Recruiting and Municipal Courts. According to Noakes, “She is a natural born leader who cares about the community and improving relationships between officers and citizens.”

Martin stated in her letter of intent, “I work with a great group of men and women who selflessly come to work every day and give it their all, even in the most complex and frightening situations, and they do it without any complaint.” This alone shows she is ready to work as a member of her own team to get the job done.

Having been an officer for so long and now serving in an area she lived in for many years, she believes one of her greatest strengths is her love for people of all backgrounds and races. It has shaped her career and allowed her to progress up the ranks. Originally from Overton, Texas, Martin moved to Fort Worth in 1993 with her mother and stepfather. She graduated from Eastern Hills High School and her connections with the alumni have tied her to some key stakeholders in the community she now serves in the East Division. The area she once lived in is filled with more mature residents now. “There are not a lot of kids in the area, the way it used to be,” says Martin.

To read the full story on Commander Monica Martin, click on the cover of the October 2022 issue